Warning: This article contains references to death and suicide, if this is a problem for you then please don't read it.

She is 97 years old. When she was a teenager WW2 broke out and she had to wait for her high school sweetheart, my grandfather, to return from the pacific war. After the war they got married, bought a home and lived together for 60 years. In her youth there wasn’t any TV, telephones or even radio. The whole town would congregate at the local church every Sunday. It was their main chance to socialise, there she would volunteer to sing hymns and songs for her peers.

For over 5 years I lived with her at our home in Perth, Western Australia. I was responsible for taking care of her during the day for about a year. Before 90 she should go on daily walks, remained mobile enough to use the restroom and shower on her own. She was always throwing these bizarre sayings at me, like “ahh there’s some what’s got it and some what aint!” or “a penny for your thoughts?”.

After 90 she started experiencing a very slow and tragic decline. Her daily walks got gradually shorter, until we had trouble convincing her to just to get out of her chair and move around the house a little bit. She stopped taking interest in anything except for the TV, which she would start struggling to pay attention to.

We had grown quite close at this point and she confided in me that she didn’t want to live anymore. That the burden of getting old was now too much for her to bear. We’d exchange dark humour about her situation, “Owwww I wish somebody would just shoot me…” she would say, to which I’d respond “Awww grandma, I’d shoot you but I’m not allowed too!”.

Today she is really not doing well, her world is terrifying, she’s constantly confused and afraid. She's bedridden and can't stand up or use the restroom without assistance. A lot of her comments are about not understanding where she is, she also keeps mentioning to us that she wants to die.

Her body and arms often have bruises from falling over and laying down all day. When the nurses move here she’ll often cry out in agony, literally begging them to let her die.

She no longer remembers who I am, when I visit her I can see it in her face that my presence is making her confused and uncomfortable. I’ll usually explain half a dozen times that I’m her grandson but she really can’t retain anything anymore.

For my grandfather, getting old was a lot easier, his heart simply exploded when he was 86. For my grandmother, she is not so lucky.

Introduced in 2019 the ‘Voluntary Assisted Dying Act’ allows patients who are already "acutely dying" to receive assistance in dying. You only qualify for it providing that you are:

In my grandmothers case she is not dying fast enough, it’s possible she could have a truly horrendous existence for another few years. She also is no longer mentally sound, she no longer has the mental fortitude to advocate for her own interests. The end result is that she’ll be kept alive against her own wishes and that her demise will be slow and brutal.

Elderly people all over WA and Australia are caught in a really bad place, where their quality of life has become hellish, but they don’t qualify for assisted dying. Being in palliative care does not qualify you for Voluntary Assisted Dying. There is simply no system in place for elderly people like this who wish to pass on, we’ve effectively turned our backs on them.

Something we often do when old people want to die is accuse them of being “depressed”. This is basically gaslighting and can leave elderly people feeling belittled, stigmatised and ignored. We’re not willing to have an honest conversation and admit to them that yes, there are qualities of life that are not acceptable, where a person is quite literally better off being dead.

Think about it, if your body and/or mind have mostly degraded is it really a “disorder” to want to pass on? Something you should be medicated for? Of course it isn’t! There’s a point where death is no longer a tragedy and a waste but in fact a completely rational thing to desire. After this point to “treat” that person for depression and deny them their own death ends up being quite cruel.

To find out about the limitations of WA's Voluntary Dying Assistance legislation we met up with Carol from Exit International: https://www.exitinternational.net/

Founded in 1997 Exit International is an international non-profit organisation advocating for the legalisation of voluntary euthanasia and assisted suicide. Members are required to be at least 55 years old, controversially members of Exit International have assisted each other in taking their own lives.

Aileen passed away while making this article. She was never able to qualify for Voluntary Assisted Dying. 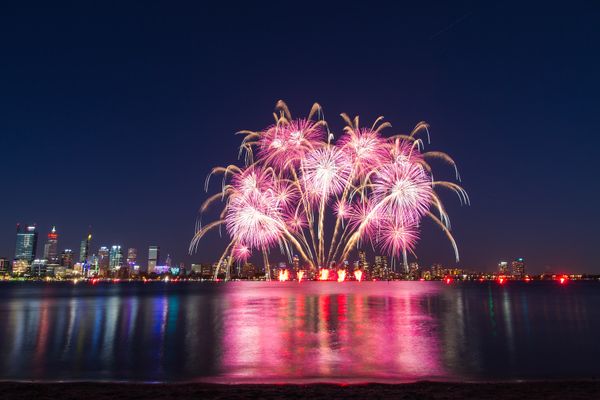 It's time to celebrate! Thanks to a generous benefactor, we now have the means to make the service go public again. We have an excess of bandwidth and storage that should be enough for a few years. Registration is now open again but requires an email address. The old token 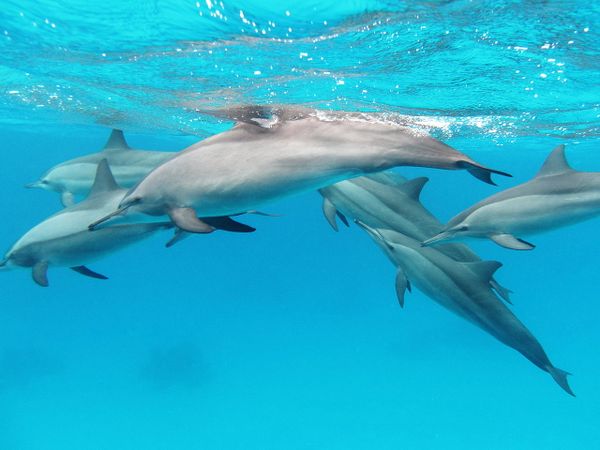 It’s been over 4 and a half years since I created this service, what a wild ride. We’ve laughed, loved, shared priceless memories, praised our lord and saviour Stallman. It’s brought me a lot of joy to be able to leave social media and build a community 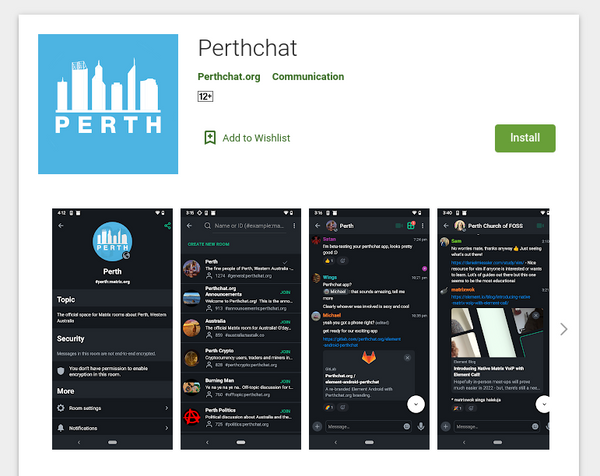 Today we’re proud to announce an expansion to Perthchat’s service, our new Android application! This feature rich Matrix client is a fork of the popular Element Android [https://github.com/vector-im/element-android/] client that’s been re-branded with our logo and name. It was created as a promotional